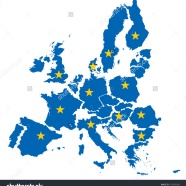 Posted by Chris on July 4, 2016 in Uncategorized | Leave a comment

It has been quite a week for financial markets in the wake of the United Kingdom’s vote to leave the European Union. Government bond yields have plunged to record lows even as markets sharply rebounded off the post-Brexit lows. The UK 10 year gilt closed the week at 0.863%, down from 1.35% prior to the vote to leave the European Union. Bank of England governor Mark Carney has preemptively promised easing to soothe what he assumes will be an imminent recession. The US 10 year yield made new lows at 1.38% on Friday, and Japanese yields just opened at new lows on Sunday evening today with the 10 year JGB at -0.27%. The 10 year German bund has also hit new lows firmly below zero at -0.126%.

In response to declining bond yields, stocks have jumped off the lows led by rate sensitive sectors such as staples and utilities. Bond yields seem to be completely immune to improving risk sentiment, plumbing new lows even as stocks returned to near all time highs late in the week. Economists and central bankers have drastically cut the growth forecasts for the Eurozone and the UK as Europe will spend years sorting out the Brexit aftermath and the possibility of further pivotal referendums and elections.

Currencies have been surprisingly calm after the initial drop in Sterling. Euro, Sterling and Yen have been rangebound versus the Dollar, while risk currencies have rallied along with stocks since Monday’s lows in risk assets. The Yen has been strangely capped in the 101-102 area since the spike to USDJPY 98.00,but there has been no word that the Bank of Japan is active in the currency market. Mark Carney’s constant beating of the easing drum has kept Sterling pressured after a large gap down opening from 1.37 to 1.3450 last Sunday. 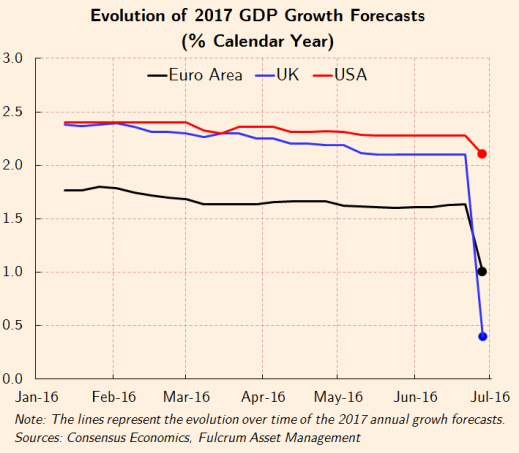 The USD has been relatively bid since Brexit as the sharp reductions in the outlook for Europe, declining government bond yields, and risk averse sentiment have boosted the case for being the long USD. US manufacturing ISM also provided a mild boost on Friday, the survey beat expectations at 53.1 vs expectations of 51.1.Looking forward to data this week markets will focus on UK PMIs, the RBA meeting and a pivotal non farm payrolls on Friday. Remaining long the Dollar against European currencies seems be an easy positive carry trade. Continued firming of US data may not exactly push the Fed towards another hike, but could at least mildly boost rate hike expectations for 2017 and push the Dollar higher.