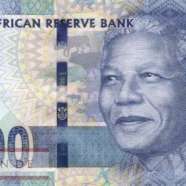 Since early April numerous pundits and Financial Times articles have heralded the return of the carry trade. We have seen emerging markets and European periphery assets perform extremely well since stresses seen in Janaury.  The Chinese Yuan has been nearly the only major EM currency that has fallen. Periphery yields have fallen and EM currencies have rallied. Today is the first time in months that high yielding assets have been under notable stress.

A flurry of activity began this morning after the 8:30am data out of the United States showed two strong signals that the labor market and price pressures are strengthening. The core consumer price index was hotter than expected at 1.8% yoy vs 1.7% estimated, and jobless claims fell to a 7 year low at 297k. Price action from there was very telling.

Periphery bonds and EM Currencies began a slide that took 10 year Spanish and Italian yields back above 3%, meanwhile US and German yields dropped to recent lows as the 10 year Bond yield dropped below 2.50% where stop loss orders were triggered and the yield dropped to a low of 2.47%. The net effect is a significant widening of periphery yields over German and US bonds. Credit spreads are blowing out for the first time in a long time. 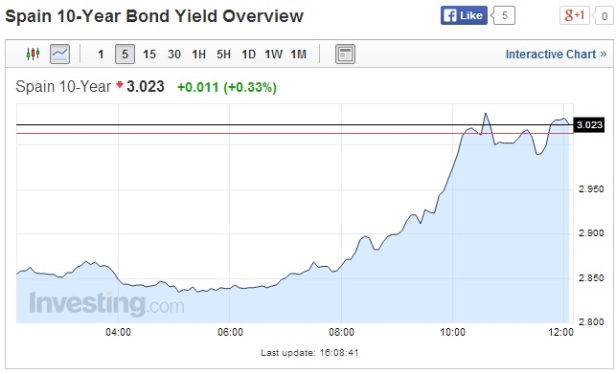 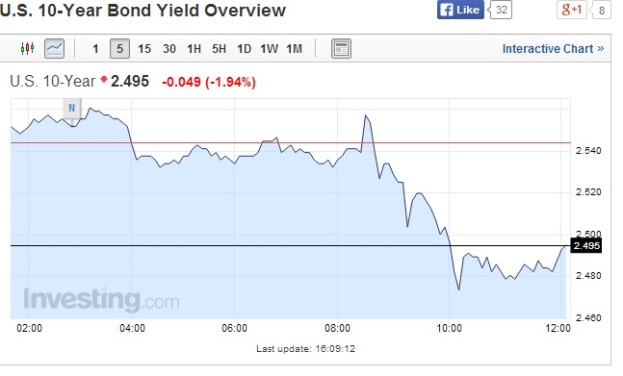 Curiously at the same time Sterling and especially the Euro rallied significantly. These moves were most pronounced against emerging market currencies such as the South African Rand and Turkish Lira. Both of these countries are members of the “Fragile Five” EM nations with high current account deficits. Aussie and CAD were relatively steady.

Taking all these moves in, I suspect that today’s numbers out of the US spooked carry traders, but the reaction  is unexpected. A hot CPI and strong jobless claims number should as a first order of business send US yields higher which would cause some air to come out of carry trades. The primary reaction did not happen, instead money just flowed out of carry trades and bought US and core European bonds. Players are looking to take profits on carry trades and stocks while stuffing their money into safe bonds. The interesting question is what bonds/currencies are safe?

Price action in the G10 currencies implies that the EUR is becoming a funding currency. As EM sold off today the EUR was the main beneficiary. Secondly the Yen rallied while Sterling was steady for the most part. A new dynamic in FX may see that the EUR rallies during time of emerging market stresses, since a rotation is currently underway into using the Euro as a funding currency. To a lesser extent the JPY is also a funding currency, but using the Yen to fund is becoming an outdated strategy as there is more value to extract from selling and funding with the EUR given Draghi’s recent promises to ease. On the other side of the equation the Fed and Bank of England are poised to begin tightening policy, so these currencies are likely to be driven by interest rate dynamics.

All of this is pretty straightforward; the abstract thinking comes in your view on shorter end US treasuries. Two year yields are continuing to fall and are now around 0.35% while the US data is probably the best its been since 2008. Core inflation is 1.8% and jobless claims are continuing to fall. In the midst of the recent moves in EUR and EM, the USD still has not seen a broad rally materialize. The 10 year bond has garnered most of the attention recently and some say bonds are cheap, supported by various valid arguments to back up their case. The fact remains that 2 year notes are mainly driven by Fed rate policy and arguably should be much higher than 0.35%. If you feel lucky… you would be selling 2 year notes and buying the US dollar. I would look towards the June FOMC meeting for significant revisions in rate projections to provide a possible upside shock to 2 year yields and the Dollar.