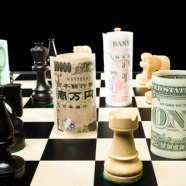 Posted by Chris on February 9, 2015 in Uncategorized | Leave a comment

Currency markets have been mixed on this Monday morning after the US Dollar made a significant move higher this past Friday in the wake of a blowout US jobs number. Strong growth in jobs as well as wages stemmed any doubts from weakness in recent US economic indicators.  Price action in the currency markets on Friday was telling in that risky currencies seemed to be holding their ground, while the USD rallied sharply against the “QE” currencies (EUR & JPY).

Looking deeper into Friday’s moves, it is clear the starting point was the massive jump in US treasury yields.  Two year yields jumped the most in a day since 2009, moving from 0.53% to 0.64% as traders priced in a higher likelihood of a June liftoff and possibly more hikes thereafter. At the current moment futures markets price a 65% chance of a June hike, up from 40% earlier this month. Markets are still rather sanguine about the Fed raising interest rates in the long run, as they see the Fed only raising rates to 1.6% by the end of 2017, while the FOMC forecasts see 3.5%.

The fact that market pricing has always been less aggressive than the Fed forecasts is no surprise, after being so dovish for so long its difficult to install a new policy bias. Traders are still concerned about how the strong US dollar will affect inflation, which could reduce the amount of interest rate hikes needed in the long run. Larry Summers wrote in the FT today that the Fed should not raise interest rates until it is completely obvious that inflation is rising towards target. Some are in this less hawkish camp, but James Bullard has been vocal recently about the fact that zero interest rate policy is an emergency measure and we are clearly no longer in dire straits.

As someone that has been mildly bearish the Dollar for a few weeks, the payrolls report forced me to abandon that view as the jobs and wage data simply does not confirm the weakness in retail sales and durable goods orders. Some indicators over the last couple of months have likely been affected by the ongoing labor dispute at the West Coast ports that is jeopardizing 40% of the United State’s capacity to import. It is hard to tell if the notable misses in retail sales and Durable goods were attributed to actual economic weakness or to the simple fact that logistics and transportation have become a massive problem due to the slowdowns at the ports. 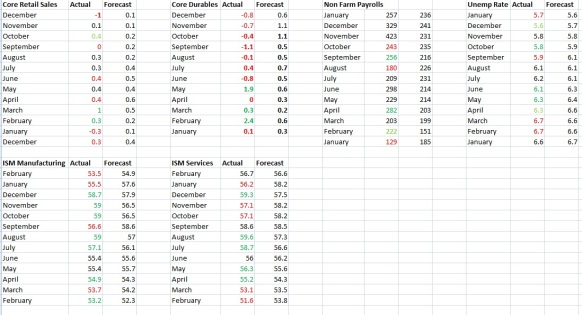 What we do know is US jobs growth is booming, and with the European Central bank and the Bank of Japan printing billions of Dollars per month it is a no brainer to be long the Dollar versus the Euro and Yen. Commodity currencies are a little more complicated. The rout in industrial metals and oil has already come a long way and there may be some bottom pickers out there interested in buying these beaten down commodity currencies to pick up some cheap yield. Overall, the bullish Dollar trend is here to stay, and will likely accelerate if the Janet Yellen moves to signal a hike at the February 24th congressional testimony.