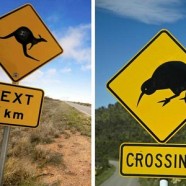 AUDNZD At a Turning Point

Posted by Chris on April 14, 2014 in Uncategorized | Leave a comment

Broadly speaking, Australia supplies China with raw materials. Iron Ore, Copper, Gold and other industrial metals are the backbone of the Australian export sector. New Zealand supplies China with agricultural goods, mainly milk powder. The divergence between these economies is based in the idea that weakness in industrial metals prices has been playing out in the commodities markets for over a year now. The Gold price plunge of Spring 2013 sparked off a wider selling of other metals, dragging down the Australian Dollar as the RBA cut rates.

New Zealand is now just starting to feel the heat as milk prices have declined 18% in the past two months. Milk related products account for 30% of New Zealand’s exports. The NZ Dollar is frequently sensitive to changes in milk prices and the 9% decline at the April 1st bi weekly auction has slowed the NZD’s recent ascent.

The Australian dollar has been resilient lately as economic data shows that the labor market is doing well. The housing boom seems to be making up for the slowdown in mining as home prices in large Australian cities have risen 10.6% year over year. The RBA has entered a “period of stability” on interest rates since January, and seems to be closer to rate hikes than cuts.

Both of these nations are experiencing rapid increases in housing prices. However the RBNZ recently hiked interest rates last month, and is expected to continue to hike interest rates (see table below). My viewpoint is that very aggressive rate hikes from New Zealand are already well priced into the currency. Neutrality on interest rates is now currently in the process of being priced into the Australian dollar. Overall, there are two risks that could drive AUDNZD higher. If China slows and the RBNZ has to pause its rate hikes, and Australia remains neutral. Another scenario is Australia housing market continuing to boom and the RBA pivoting towards a rate hike. RBA Rate hikes are not currently priced into interest rate futures.

The AUD/NZD charts show price double bottoming at long term support of 1.05 on the monthly charts, and daily charts look to be coiling up for a possible break above 1.09 that could signal a medium term reversal of the trend. Above 1.09 I would target a move back to 1.12, and reevaluate the fundamental picture there.