Home » Uncategorized » Canadian Dollar Back In The Crosshairs 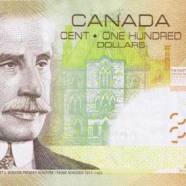 Canadian Dollar Back In The Crosshairs

Posted by Chris on July 15, 2014 in Uncategorized | Leave a comment

In early January of this year selling the Canadian Dollar was a consensus trade. The Bank of Canada was making a shift towards dovish language, repeatedly saying that ‘rate cuts were not off the table‘. BoC Governor Stephen Poloz seemed to capitalize on an extremely harsh Winter in Canada as a reason to become more dovish. As economic activity slowed in the first quarter, speeches from Poloz and Deputy Governor Tiff Macklem were beating the drum on Canada’s stagnant export growth and falling inflation. The jawboning from the two central bankers successfully drove the Canadian Dollar broadly lower as speculators built up large short positions against the Loonie which peaked in March.

After an early 2014 rout, the Canadian dollar roared back  in Q2 as carry trades became popular again this past spring and those big short positions were squeezed out. The most recent rally was triggered by strong inflation and retail sales data on June 20th that significantly exceeded estimates. While most data points such as retail sales and building permits are routinely volatile and trendless, other economic indicators are showing trends developing. Inflation rose steadily in the 2nd quarter. Ivey PMI has declined sharply into contraction territory over the last 3 months and is now near December 2013’s level of 46.3, which was the lowest point since 2009. News on the labor market has also been a downer in Q2 as the unemployment rate rose from 6.9% to 7.1% and the April and June reports missed badly on the job creation front.

It is worth looking carefully at the Looine ahead of the Bank of Canada’s press conference on Wednesday and an important CPI data print on Friday. The Bank’s dovish stance has not wavered since January even as inflation has stabilized at its 2% target.  With inflation also on the rise in the United States it makes sense that Canadian prices are also increasing, however; it remains to be seen just how much of the pick up in inflation can be attributed to the huge declines the Canadian dollar saw in January. Recent data on producers  prices and the inflation component of Ivey PMI show price inflation is slowing drastically as the Canadian dollar has made a comeback in the last two months.

Even as official CPI inflation has moved back towards 2%, Poloz can now point to recent labor data and Ivey PMI surveys and argue that growth is under performing (especially relative to the US). With prices rising and the economy slowing, it would be fit for the Bank of Canada to maintain its dovish policy and see how the inflation situation develops. The CPI data scheduled for release Friday will include the recent period of CAD strength, this should give us an important reading on the inflation question.