Posted by Chris on January 6, 2016 in Uncategorized | Leave a comment

The People’s Bank of China struck another blow to global markets on Tuesday night, resuming the devaluation of the Yuan after Monday evenings China Caixin manufacturing sentiment report showed the economy is contracting at its fastest rate in 17 months. S&P 500 futures fell 1% immediately after. The devaluation also came after the Shanghai Composite fell by the maximum allowed 7% on its first trading day of year, as investors bailed out before Friday’s expiration of a 6 month selling ban on shareholders with over 5% ownership in company. 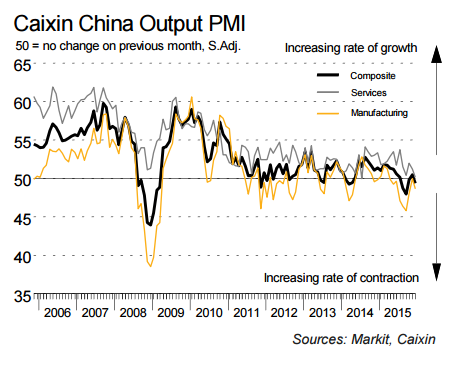 It has been difficult to tell how much of the last 48 hours has been portfolio adjustments and what has been an actual reaction to the developments out of China. US equity markets have been hit by selling in the “FANG” stocks that held the market up in 2015. Facebook, Amazon, Netflix and Google were some of the biggest losers on Monday, implying that investors were selling winners and booking gains. There has been no sign in equity markets that the pain has been China related, commodity stocks and Macau casinos have done relatively well, but we know these already have heavy short positioning.

Regardless of market internals, tonight’s devaluation means that we must be on high alert for volatility given that the August flash crash came right after a massive Yuan devaluation. The usual suspects to target will be the Australian Dollar and Macau Casinos while buying the Japanese Yen. Aussie has been moving sideways for nearly six months now with 0.7200 as a midpoint of a bearish pennant set up that could be finally about to break down. The USD will be caught in the cross fire, but any more big equity losses should temper chances for near term rate hikes. 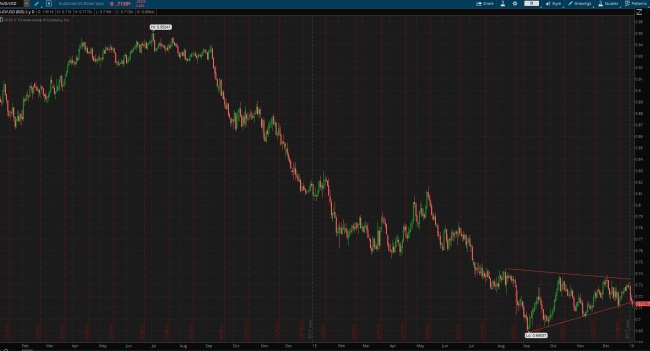 Throughout the two year life of this blog I have repeatedly mentioned that a collapse of the Chinese currency peg is the single largest threat to the global economy. China’s warchest of FX reserves is now under pressure from so many angles that if the Fed continues to hike rates the PBoC could rapidly run out of money. The “National Team” had to wade into the Chinese equity markets again yesterday to prop up stocks, and they’re already spending untold amounts to defend the Yuan this evening. The PBoC blew thru $87 billion in reserves in November alone to leave them with $3.43 trillion at the end of November. With Goldman Sachs estimates saying in August that only $667bn of China’s then $3.6tn stash was liquid cash. At this rate China has less than one year left before they run out of money.