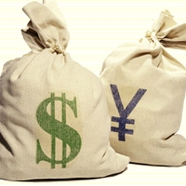 Posted by Chris on June 23, 2014 in Uncategorized | Leave a comment

Dollar Yen has been  locked in a relatively tight trading range for over half a year now. The 7 month long range between 101 and 105, has coincided with a fall in US interest rates and stock market volatility. The market malaise seen over the last two months or so has had USDJPY fall into an even deeper sleep within a 101-103 range. All of these patterns in asset markets are connected and it would make sense to propose that USDJPY breaking out of the recent range will be the signal for currency traders to really get aggressive.

Below the current level lies 101, this line has been support going back to December of last year. For a downside breakout you would assume that risk averse tone has gripped markets and a stock market correction is underway. Obviously at the current moment broad market volatility is at post-Lehman lows so an explosive down move is seen as highly unlikely. Yen shorts remain some of the largest CFTC reported positions, and has leaned short for over a year now. Fundamentally speaking, the bank of Japan seems content wth the size of it’s easing program and the Federal Reserve is relaxed about inflation risks.  Given that both central banks are stable for the time being, it makes a sudden sell off a possibly in the risk off scenario. I primarly see hidden risk events as a ruling against the OMT by the European Court of Justice as well as a high profile default of a Chinese firm or local government.

A breakout higher would be clear on a daily close above 103. In this scenario we would assume that the Federal Reserve has made a hawkish shift in its tone. USDJPY barely moved during last weeks FOMC meeting,possibly because opposite forces are pushing against eachother. Recent US data has been good, but the policy committee has yet to explicitly acknowledge the rise in labor market growth and inflation pressures. USDJPY moving higher would be the bet to take if you think that US rates are going higher. As long as the Bank of Japan continues its policy of purchasing 60T-70T JPY per year of government bonds, the Yen will continue to be used as a funding currency as Japanese investors move money abroad for higher yields.

Markets are dead. The only thing moving right now is oil, and that’s moreso related to geopolitical issues than changes in the global economic picture.EUR has been on the back foot since Draghi’s early May hint at easing, but the single currency has fallen into a range for the past couple of weeks. The Canadian dollar may have pushed out the last of the shorts with a recent print of very strong retail sales and inflation data. Other than these few stories, global asset markets have been errily quiet for a couple of months now.  After 7 years of zero percent interest rates, Fed hikes still almost seem unthinkable. It is this elusiveness of the event that makes it likely to be one of the biggest financial market trends ever. Timing the move is key, and waiting for USDJPY to show the way seems like the best way to proceed.