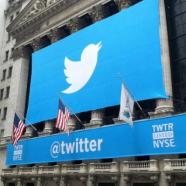 It has been a tough couple of years for Twitter. The company IPO’ed at $26 dollars a share, reached a high near $70 and has declined ever since all the way to a low near $20 last month. Shares have risen to $31 last week on a combination positive news that granted much needed relief from losses. Prince Alwaleed increased his personal stake as well as Kingdom Holdings’ stake. In addition, former interim but now full time CEO Jack Dorsey announced layoffs late last week to cut Twitters 4,100 strong payrolls that is very obviously bloated.

Looking through Twitter’s financials, revenue has been growing at a decent clip of over 60% YoY but their massively bloated cost structure easily puts their net income deep in the red. The second quarter of 2015 saw revenues of $502mm and total costs of $633mm for a net of -$131mm. Markets and R&D both consumed $200mm a piece, so most of these costs were seemingly discretionary to a certain extent. Twitter’s management is notoriously clumsy, handing gigantic pay packages to executives paid in stock that dilutes shareholders. Q2 2015 saw 175mm in stock compensation alone, basically meaning that Twitter has to exploit its clearly overvalued stock price just in order to pay its employees. An alarming fact is half of R&D costs are paid with stock.

Monthly user growth has pretty much topped out at around 320mm globally, with the US user base having stopped growing over a year ago at around 60 million. Looking at their income statement begs the question of just where the hell is all that R&D spending going? They don’t have any major new projects in the pipeline and have only made relatively minor changes to Twitter’s interface the last year. The high level of marketing spending also raises eyebrows given the flat lining user growth. 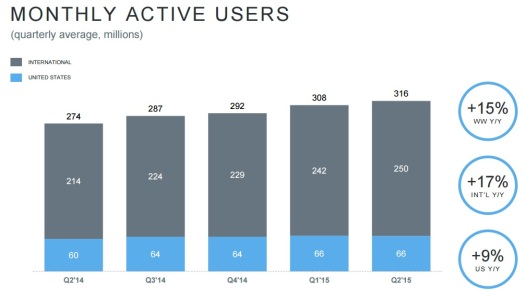 Taking all these things into account, the fact that Jack Dorsey has now brought out the knife to cut into Twitter’s costs may signal throwing in the towel on growth projects and pivoting towards boosting net earnings. Dorsey is the co-founder of Twitter, a Tech guy but not an experienced CEO that knows how to handle pressure from Wall Street. The decision to implement layoffs looks rushed, an overeaction to a falling stock price. If layoffs were needed they should have been announced after the disappointing 2nd quarter earnings.

With the company now reducing its capacity for growth, the $21 billion market cap gives me pause when modeling up future scenarios. Cutting R&D and marketing in half would only produce net earnings of 120mm a year, putting price/earnings ratio at 175x. Looking across the business I don’t see any source of growth to justify the valuation, even taking into the account the concept of the new world of ” internet stock valuations don’t matter”.

Adding in the macro factors is what tips the scale for me and puts this stock near the top of my favorite short s list. Twitter, Facebook and Netflix are all simultaneously pivoting towards a push into Emerging markets just as these economies and their currencies deteriorate. If the FOMC increases interest rates this year, highly overvalued tech companies may finally be under pressure to put up or shut up before markets attack their unbelievable valuations.

← Can Wynn Resorts Buck The China Bears? Central Banks Speed Towards The Wall →